The study reviewed many aspects of our transit system, including:

The study also collected data about bus ridership, reviewed the existing transit system, and provided opportunities to hear from the public about their transit priorities. The consultant team analyzed and evaluated the information gathered, and proposed strategies to improve coordination between the local transit agencies.

About the New Routes

How These New Routes & Schedules Were Determined

Based on Public Input These routes are based research, data, and public feedback as part of the Iowa City Area Transit Study, conducted August 2019-June 2020. Opportunities for public input throughout the study included on-bus surveys, six public meetings, two online surveys, e-newsletters, notices to Transit news subscribers, email, and social media.  These opportunities for public input were communicated by the City of Coralville, City of Iowa City, and University of Iowa Cambus in a wide variety of ways, including their websites, e-newsletters, media releases sent to the public and local media, social media, videos, e-subscriptions, and signs on the buses in multiple languages.  Public Hearing & City Council Approval A public hearing on the proposed Coralville Transit route changes was held during the Coralville City Council meeting at 6:30 pm on July 28, 2020, at Coralville City Hall, with an opportunity to submit written comment for consideration (see "Public Input" below for details). 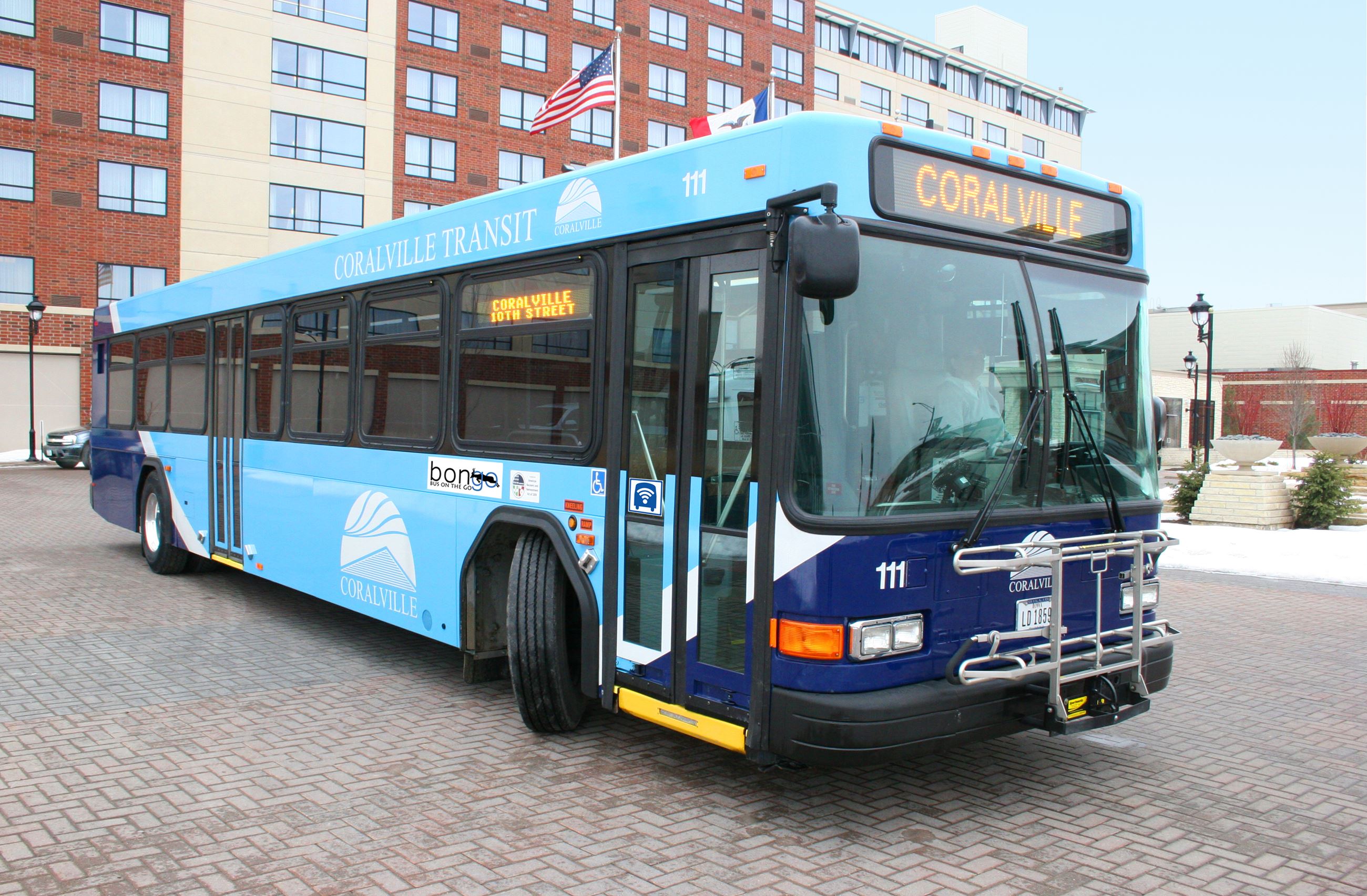